The Hilda E. Bretzlaff Ashbrook Academy in American History and Government are a series of summer programs designed for rising high school juniors and seniors who share a deep interest in U.S. History, Politics, and Economics. Unlike other courses or programs that tend to erode confidence and pride in our country by emphasizing its historical failures, the Academy invites you to consider the American experiment in self-government as a triumph, a victory for reason and the human spirit that warrants grateful celebration but also demands serious study.

We believe that America’s experiment in self-government has proven exceptional because it is rooted in a series of moral assertions that we call self-evident truths: that all human beings are created equal, that they are endowed with natural rights, and that free governments require the consent of the governed. This is the American creed; it defines who we are as a people, and it belongs to all of us.

The Academy will provide you with a deep exploration of original documents from the men and women who made American history rather than relying on textbooks and secondary sources. The professors who teach in the Academies lead conversations rather than lecturing which will encourage you to think through some of the most interesting and challenging aspects of American history for yourself.

You won't simply learn more about American history and politics at the Academy; you will improve your reading, writing, speaking, and critical thinking skills which will, in turn, better prepare you to get the most from your education in high school, college, and beyond.

The finest faculty in the country

Dr. Gregory McBrayer received his M.A. from the University of Georgia and his Ph.D. from the University of Maryland. Prior to coming to Ashland, he was an assistant professor at Morehead State University, a postdoctoral fellow at Emory University, and a visiting assistant professor at Gettysburg College. He has published articles in Interpretation: A Journal of Political Philosophy and Kentron: Revue Pluridisciplinaire du Monde Antique, as well as reviews in Interpretation, The Journal for Hellenic Studies, The American Journal of Islamic Social Science, and Political Science Quarterly. He is author (with Mary Nichols and Denise Schaeffer) of Plato’s Euthydemus (Focus, 2011) and is the editor of Xenophon: The Shorter Writings (Cornell, 2018).

Dr. Christopher Burkett received his M.A. and Ph.D. in politics from the University of Dallas. He is editor of the Ashbrook Center’s book, 50 Core American Documents: Required Reading for Students, Teachers, and Citizens (2013), and author of several articles and chapters, including “Remaking the World: Progressivism and American Foreign Policy” (Heritage Foundation, 2013), “James Madison and the Grand Convention: The Great Difficulty of Representation” (in A Blackwell Companion to James Madison and James Monroe, 2012), and “The American Founding and Conservative Foreign Policy Today” (in Modern America and the Legacy of the Founding, 2006). Dr. Burkett was the 2011 recipient of the Edward and Louaine Taylor Excellence in Teaching Award at Ashland University.

“ The Academy teachers are trying to learn with you. They're not just talking at you. They're actually interested in hearing your point of view.” 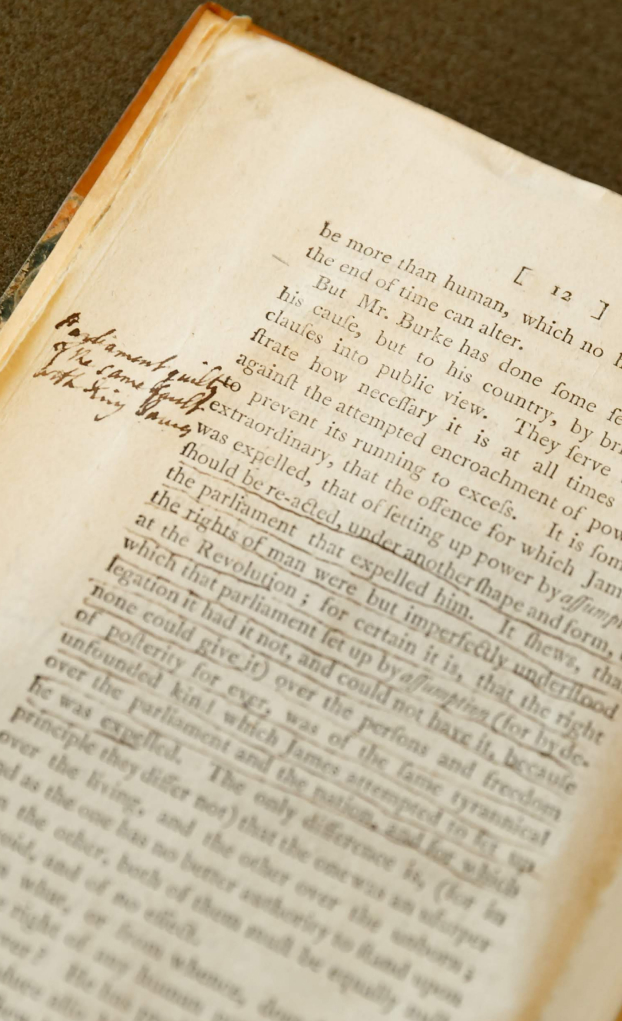 Why Use Original Documents?

History functions for a nation as memory does for an individual. Without memory, an individual or a nation has no identity, and ultimately, no existence. With false memories, each has only a distorted sense of self, misconceptions of virtues and vices, strengths and weaknesses—and hence little chance of a better life.

Government in the fullest sense is the way a people organize their common life to make it a better life. In the United States, the fullest expression of government is the self-governing of the American people. Preserving self-government requires clear-sighted attention to our fundamental principles.

These principles are found in the primary documents of our history. We aim to understand those documents as their authors did. This implies that we can escape our own time and understand something from another time. Indeed, one cannot deny this without self-contradiction: the denial would have to claim to be always true, thus to escape our time, as it denied such an escape was possible. If we can understand the documents of the past, then our minds are free from the present. If they are free from the present, then they are also free from the limits of gender, race, and socio-economic status that characterize us here and now. That our minds are free from these things means that we share a common humanity. It means, in the most important sense, that all men are created equal. Using primary documents to understand what their authors meant is simultaneously a defense of human freedom and equality.

How do I apply to the Ashbrook Academy?
You may apply online after we open up applications in mid-January. The application is relatively easy to complete. We just need some basic information about you, such as name, address, contact info, GPA, and test scores. We also require a letter of recommendation from someone who knows you academically and an essay from you explaining why you are interested in attending the Academy.
May I apply to more than one academy?
Certainly! You may apply to all of them if you would like. Some of the academies are offered concurrently with another academy. In those instances, we ask applicants to provide us with a preference for which of those two Academies they would like to participate in. However, it is possible to apply, be accepted to, and attend up to three academies in the same summer.
Ask a Question

Who was Hilda E. Bretzlaff?

Two of our Academies — Telling America’s Story and Abraham Lincoln and the Civil War —  are known as the Hilda E. Bretzlaff Ashbrook Academies, but who was Hilda E. Bretzlaff? Mrs. Bretzlaff and her husband, Herbert Bretzlaff, Sr., both exhibited a great love for the freedoms that America offers. They embraced and promoted democratic principles, free market economics, and good citizenship.

Upon her death in 1993, and according to Mrs. Bretzlaff’s wishes, a foundation was established in her name to promote high moral values through education in citizenship, history, and economics. Her vision was to provide support through scholarships and other financial assistance to moral, creative, and ambitious students seeking a good education.

The importance of creativity and ambition was demonstrated by her husband, Herbert, throughout his successful career as an automotive sales engineer and his involvement in several automotive component patents.

The Ashbrook Center is honored that The Hilda E. Bretzlaff Foundation has chosen to support our academies, recognizing that its goals closely match those of Mrs. Bretzlaff herself: educating America’s youth about our country’s rich history and the importance of good citizenship. 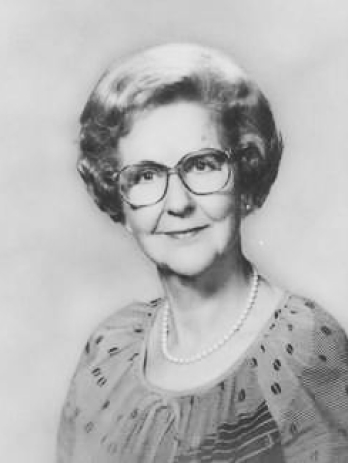